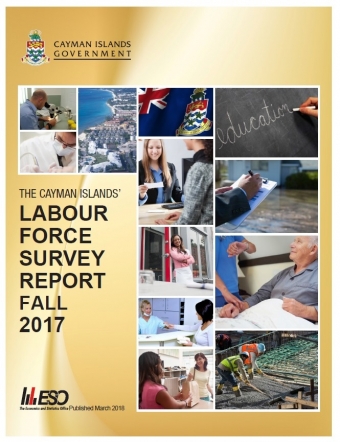 Out of the 843 persons comprising the net increase in the Caymanian labour force, 734 were employed while 109 were unemployed.