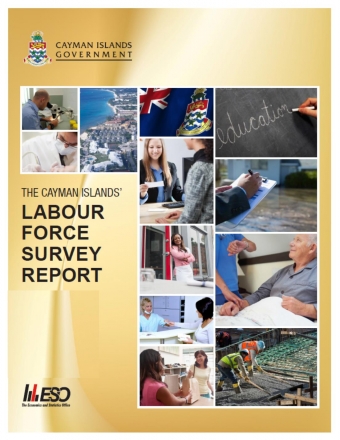 The Economics and Statistics Office (ESO) will commence the Labour Force Survey (LFS) for Spring 2017 on Sunday (March 5th).

The LFS seeks to collect data on the employed and unemployed persons in the Cayman Islands, as well as those who are not in the labour force.

In Spring 2016, the LFS Report shows that the labour force comprised of 41,825 persons of which, 40,213 were employed while 1,612 were unemployed. The unemployment rate was estimated at 3.9 percent, the lowest since the 3.0 percent recorded in 2007.  More information from the LSF Spring 2016 Report is available from www.eso.ky.

Trained interviewers from the ESO will visit a total of 1,392 randomly selected sample households in the three Islands over a four-week period. The LFS questionnaire will be administered using tablets (electronic).

Once again, the ESO appeals to the public to give its full cooperation to the interviewers and to provide the necessary information, which will be collected under the Statistics Law (2016 Revision).  The interviews are confidential, and no individual data will be used for publication or disclosed to parties outside of the ESO. ESO survey data from individuals are exempt from Freedom of Information requests.

For further information on any aspect of the survey, or results of previous surveys, contact the Economics & Statistics Office at 516-3329, 949-0940 or visit www.eso.ky.