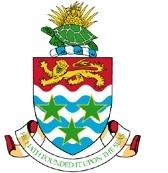 "This week (October 13-17, 2014) is Statistics Week in the Cayman Islands. This is being held in collaboration with the Caribbean Community (CARICOM) which is"

This week (October 13-17, 2014) is Statistics Week in the Cayman Islands. This is being held in collaboration with the Caribbean Community (CARICOM) which is celebrating the region-wide Statistics Day on October 15, 2014.

This year’s celebration has the theme ⫿Data Revolution for Sustainable Development.??? In many parts of the world, the development of statistics has been recognized as a critical factor in facilitating sustainable economic development. In the new ⫿information economy,??? greater focus is being centered on the generation and use of economic information as a resource, in addition to a greater emphasis being placed on human capital as the principal producer, repository, and disseminator of information. Organizations continually aim to maximize profitability or value for money, and increase the productivity of human resources. To achieve this objective, an even greater reliance is placed on the utilization of sound information. In short, good statistics allied to appropriate government policies, business and individual plans can change things radically for the better.

The rapidly emerging environment of the ⫿information economy??? further underpins the importance of statistical offices as information sources. Although it is not easily recognized, information provided by these agencies can have significant impacts on the lives of people through various uses of their outputs and services.

Statistics such as the gross domestic product (GDP) influence the way in which people view their country’s economic prospects and challenges.

The more familiar consumer price index (CPI) provides a basis for changes in the compensation paid to workers and pensioners, as well as utility charges.

Macroeconomic statistics also provide a snapshot of the country’s standing in the global economy, which we in the Cayman Islands cannot take for granted in view of our reliance on off-shore markets. Several of these statistics such as GDP per capita and balance of payments determine in part the government’s sovereign credit ratings and therefore, the interest rates paid by the government and businesses in the global capital market.

In recognition of the challenges posed by the data revolution, as Minister for Finance and Economic Development, I have prioritized a number of changes that seek to further make our official statistics more responsive to the needs of the community in general and policy-makers in particular. Additional resources are being provided to the Economics and Statistics Office (ESO) for new surveys. Next year, the Household Budget Survey 2015 will be conducted from January to December. This survey will determine the importance or statistical weights of household items that will be included in an updated consumer price index basket which is popularly used for monitoring the cost of living in the Islands.

Starting next year as well, we will have two Labour Force Surveys (LFS) ??? in April and October. (The October 2014 LFS covering all districts of the Cayman Islands started last Sunday, October 5th, 2014). LFS interviews are now conducted using tablets rather than the previously used paper questionnaires. With this enhanced technology and twice-a-year survey, we can expect more timely labor force statistics in support of employment monitoring and policy-making.

I have also proposed amendments to the Statistics Law aimed at strengthening the flexibility of ESO to respond to emerging data requirements on one hand, and ensuring greater participation of residents to these data collection activities on the other hand.

The official statistics being disseminated by the ESO are not only beneficial to the local community; they have also become assets for raising Cayman’s reputation in the global investment community. Top-notch global data organizations have recently requested to become data dissemination agents of ESO’s economic indicators to global investors. In light of these requests, there is a need for the ESO to catch up with the data dissemination terms and conditions of the most developed statistical offices in the world such as Statistics Canada. More importantly, such opportunities make it more compelling for every member of the community to invest in official statistics by participating willingly in surveys, and ultimately by using them for everyday decision-making.

In conclusion, on behalf of my Ministry, I wish to extend our sincere gratitude to all members of the community who have willingly participated in all household and business surveys. Without the information that you provided (and will continue to provide), all efforts to upgrade official statistics will be in vain. ESO will continue to abide by the provisions of the Law and the highest professional and ethical standards to respect the confidentiality of your information, as it has done so in the many years of conducting censuses and surveys.

Thank you and may God bless the celebration of Statistics Week 2014 in the Cayman Islands.