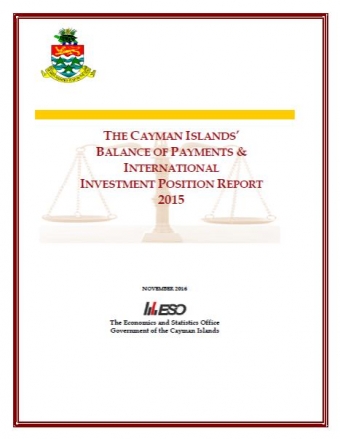 The Cayman Islands’ Balance of Payments (BOP) and International Investment Position (IIP) Report 2015 was released today. The report presents statistical summaries of the economic and financial transactions between residents of the Cayman Islands and the rest of the world. The statistics are generated from survey returns of local businesses and other organizations as well as data provided by the Cayman Islands Monetary Authority (CIMA).

The BOP shows that in 2015, the country incurred an  overall deficit in the Current Account, comprising of payments and receipts for goods and services, investment income, workers’ remittances and other income, amounting to CI$629.6 million. The deficit was partly funded by a net financial inflow or borrowings from abroad amounting to $478.9 million.