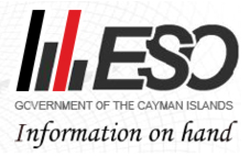 The Minimum Wage Advisory Committee (MWAC) launched its public consultation on 16th October, 2014 to gain public input on the topic of introducing a minimum wage regime to the Cayman Islands.

The Committee to date has held focus groups in Cayman Brac and Grand Cayman for Business and Household Employers, Business and Household Employees, the Youth (ages 17-24) and unemployed Caymanians. Surveys, which ask respondents for qualitative information as well as their opinions on establishing a minimum wage, are available online until 1st December for the public to complete, and they can be found at www.education.gov.ky/minimumwage.

To further assist the Committee in achieving a reputable sample size of responses to the surveys, statisticians and trained survey workers from the Economics and Statistics Office (ESO) will conduct a survey beginning 16th November, 2014 and finish in four weeks..

The survey will cover 285 businesses on Grand Cayman and Cayman Brac in several industries such as construction, wholesale and retail, restaurants and mobile food services) as well as 1,400 households, all of which will be randomly selected.

The public are urged to cooperate with the representatives from ESO and provide the necessary information, which will be collected under the Statistics Law (2011 Revision). The data collected will be used to help formulate the evidence-based recommendations that the Minimum Wage Advisory Committee will provide in its report which is due to Cabinet in February 2015.

If individuals or businesses have already completed these surveys on-line, then they should not complete them again if contacted by representatives from ESO.

The MWAC thanks the public for taking part in this process as the topic of introducing a minimum wage is one of national importance and will affect everyone living in the Cayman Islands.

The MWAC can be contacted by email at [email protected] or by telephone at 244-3151.