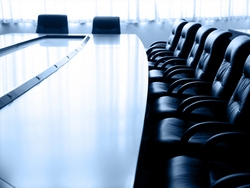 "The Cabinet in its meeting on February 26th, 2013 noted the terms of reference of a National Statistical Coordination Committee (Statistical Committee)."

The Cabinet in its meeting on February 26th, 2013 noted the terms of reference of a National Statistical Coordination Committee (Statistical Committee).

The Statistical Committee will be a technical committee comprising of the ESO and all agencies in the public sector with statistical units or functions. Membership in the NSCC shall be voluntary, dependent on the willingness of the agencies and subject to their primary mandates.

This initiative is in line with the strategic ownership goals of the ESO for FY 2012-13 and the subsequent two years as included in the Annual Budget Statement to ⫿develop closer relations with other producers of statistics in government to facilitate the development of the country’s statistical system.???

The NSCC was also recommended in May 2005 by the Caribbean Technical Assistance Centre in its report, noting that ⫿there are currently no means of setting priorities in the statistics area. The mission, therefore, recommended the creation of a national statistical coordinating committee. Such a committee would serve the purpose of advising the chief statistician on planning and prioritization in the statistical program.???

Finally, the establishment of a NSCC is compliant to the UN Fundamental Principles of Official Statistics Principle 8:

⫿Coordination among statistical agencies within countries is essential to achieve consistency and efficiency in the statistical system.???

The NSCC is expected to be launched this month (March 2013) as part of the launch of the Cayman Islands celebration of the 2013 International Year of Statistics.