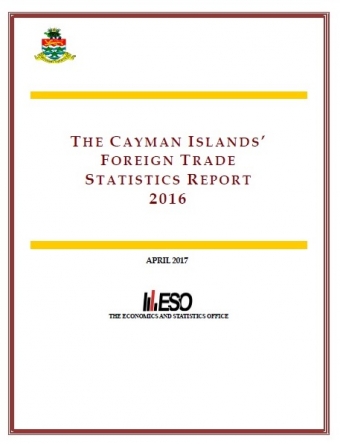 The growth in the value of imports was largely driven by non-petroleum imports, which rose in value by 5.1 percent to total CI$768.8 million.  In particular, the importation of machinery and transport equipment went up by 16.5 percent to CI$171.5 million due to higher values of construction and mining machinery, office machines and automatic data equipment and road vehicles.

More information on the “The Cayman Islands’ Foreign Trade Statistics Report 2016,” are available at www.eso.ky.