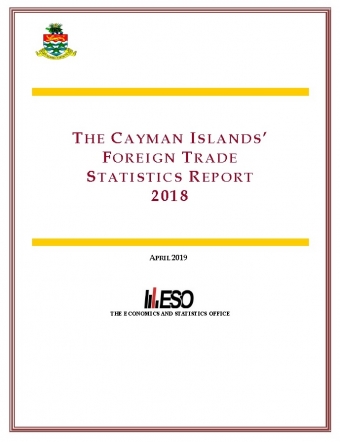 In 2018, Merchandise Goods Imports recorded its strongest growth since 2005

The total value of imported non-petroleum products rose to CI$922.3 million, an increase of $119.7 million or 14.9%. Imports of miscellaneous manufactured articles such as wearing apparel, furniture and parts, professional and scientific instruments and photographic equipment supplies, increased by $37.9 million or 20.5%. Imports of machinery and transport equipment such as telecommunications equipment, electrical machinery, and general industrial machinery and equipment, increased by $20.7 million or 10.7%. The value of imported food and live animals continued on the upward trend, increasing by 7.4% to $188.0 million in 2018. This increase reflected growth in vegetable and fruit, as well as meat and meat preparations.

Mineral fuels, lubricants, and related materials went up by 21.5% or $24.2 million to reach $136.3 million in 2018, up from the $112.2 million recorded in 2017. This sharp growth was primarily due to increases in the average price of fuel imported, whereas there was a marginal reduction in overall quantities.

More information on the “The Cayman Islands’ Foreign Trade Statistics Report 2018,” is available at www.eso.ky.