Home / News / GDP Growth in the First Quarter Estimated at 4% 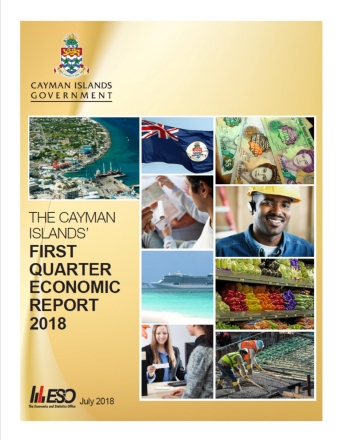 GDP Growth in the First Quarter Estimated at 4%

Economic activity in the Cayman Islands as measured by the gross domestic product (GDP) in real terms is estimated to have grown by 4.0% in the first three months of 2018.

The strong economic performance was contributed by all major sectors with the highest growth rates indicated for hotels and restaurants (19.8%), construction (8.5%), transport, storage and communication (5.5%) and business activities mainly legal and accounting services (4.5%).

A record increase in tourist arrivals and financial services registration facilitated the accelerated growth for the quarter. Stay over tourist arrivals increased by 20.6% while new company and new partnership registrations rose by 41.7% and 28.7%, respectively. Stock exchange listings also rose by 30.9% to register its highest level since 2009.

Coinciding with the strong GDP growth, the central government recorded an overall surplus of CI$186.8 million in the first three months of 2018, the highest first quarter surplus on record. This resulted as growth in revenue by $19.6 million outweighed a rise in total expenditure by $9.7 million. The increase in revenue was generated mainly from domestic taxes on goods and services, led by financial service fees. The rise in expenditure is traced to increases in current expenses such as social benefits which rose by 75.6%.

The central government’s outstanding debt fell anew and settled at $447.2 million as at March 2018, lower than the $481.3 million recorded for the same period in 2017.