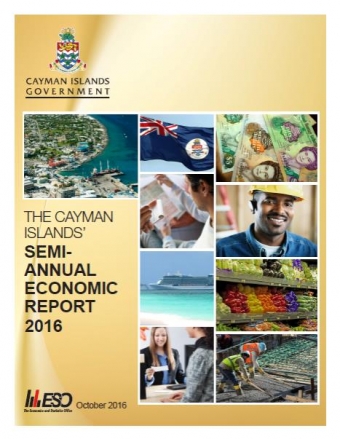 The Cayman Islands’ economy grew by an estimated 3.0% in the first six months of 2016, as the first quarter growth of 2.4% further strengthened to 3.2% in the second quarter.

"I am pleased to note that growth in the first half of 2016 improved on the 1.3% growth for the same period in 2015,” stated Hon. Marco Archer, Minister for Finance and Economic Development. “It also exceeds the initial GDP forecast for the year of 2.1%, and is the highest growth rate since 2007,” he further noted.

The main sectors which contributed to the semi-annual growth were construction (up by 11.4%), utilities (up by 6.8%) and wholesale and retail trade (up by 7.6%).

Financing and insurance services, which accounts for approximately 41% of GDP grew by 3.6%, generated mainly from the domestic lending activity of commercial banks.

The only sectors which declined were hotels and restaurants, and agriculture and fishing.

The forecast GDP growth for 2016 is adjusted from 2.1% to 3.0%, in view of the higher-than-expected performance in the first semester.

The government’s fiscal performance also improved, as the strong local economic activity helped increase total revenue by 9.7%. Consequently, the fiscal surplus widened to $127.5 million, 10.8% higher compared to a surplus of CI$115.1 million a year ago.

The central government’s outstanding debt also continued its downtrend and settled at CI$501.3 million as at June 2016, lower by 3.7% from the same period a year ago.