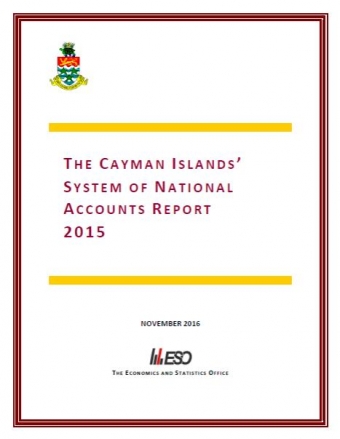 Domestic Economic Growth in 2015 Highest Since 2007

The Cayman Islands’ System of National Accounts Report 2015 which presents the economic performance of the various industries contributing to the country’s Gross Domestic Product (GDP) is released today.

The GDP estimate for 2015 based on data collected from local businesses shows that the local economy expanded by 2.8%, the highest recorded rate of growth since 2007.

"The 2.8% growth exceeded the 2.0% advance estimate for the year based on early indicators,” noted the Minister for Finance & Economic Development, Honourable Marco Archer. “Moreover, it was broad based as all sectors in the economy turned in positive growth rates. This augurs well for the increased diversification of our economic base,” he further stated.

Despite the growth in 2015, the country’s GDP per capita in current prices declined by 0.4 percent to CI$48,167 as the 2.8 percent growth in GDP was outstripped by the 3.6 percent increase in the estimated mid-year population.