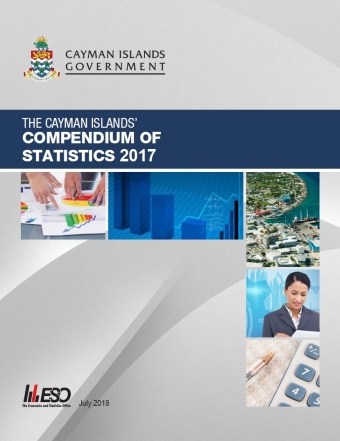 The Cayman Islands’ Compendium of Statistics 2017 released today by the Economics and Statistics Office is a comprehensive collection of statistics from various public and private sector data sources covering population, demographics, social and living conditions; the economy, finance and development; the environment; and information and communication technology.

Among selected economic indicators included in the Compendium, new ships registration increased to 241 in 2017 from 234 in 2016, traced mainly to growth in pleasure yachts. Meanwhile, the volume of mail declined sharply by 32.9% in 2017 to 3.9 million in comparison to 5.8 million in 2016 with both out-going and incoming (foreign) mail declining.

For more information on The Cayman Islands’ Compendium of Statistics 2017, visit www.eso.ky.