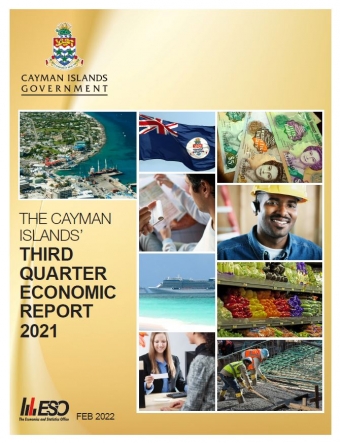 Caymans’ economy expanded by an estimated 1.7% in the nine months of 2021

As measured by the real gross domestic product (GDP), economic activity in the Cayman Islands is estimated to have increased by 1.7% in the first nine months of 2021.

Indicators suggest that the growth in economic activity was relatively broad-based, with only three sectors contracting. The largest positive changes were seen in real estate, which grew by 6.5%, and construction, which rose by 5.7%. The financing and insurance services sector, which remains the largest contributor to GDP, grew by an estimated 2.4% for the first nine months of the year.

Economic activity continued to be negatively impacted by the closure of Cayman’s borders, which led to a contraction in the hotels and restaurants sector and the transport sector.

The central government recorded an overall surplus of CI$62.8 million in the first three quarters of the year. This resulted from revenue of $784.7 million and expenditure of $721.9 million.