Home / News / Cayman’s economy contracted by an estimated 8.2% in the First Nine Months of the year 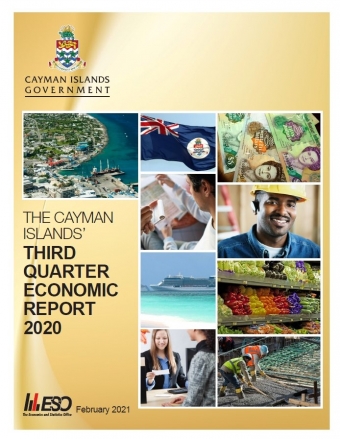 Cayman’s economy contracted by an estimated 8.2% in the First Nine Months of the year

As measured by the gross domestic product (GDP) in real terms, economic activity in the Cayman Islands is estimated to have contracted by 8.2% in the first nine months of 2020.

Indicators suggest that the contraction in economic activity for the first half of the year was broad-based with significant declines recorded in hotels and restaurants (-64.7%), other services (-25.8%), wholesale and retail trade (-12.4%), and transport, storage and communication (-12.1%). The financing and insurance services sector, which remains the largest contributor to GDP, decreased by an estimated 0.7% for the period.

Economic activity for the nine months was negatively impacted by the closure of Cayman’s borders which began in the latter half of March 2020 and led to general declines in stay-over and cruise passenger arrivals. This contraction would have been larger if it were not for an increase in domestic business activity during the third quarter due to the removal of some restrictions.

The central government recorded an overall surplus of CI$14.2 million in the first nine months of the year. This resulted from an 11.5% reduction in revenue to $604.6 million and a 7.8% increase in expenditure to $590.4 million.