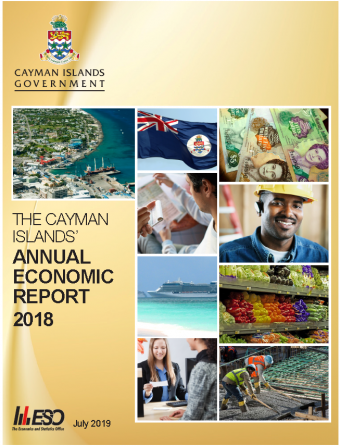 Cayman grew even stronger in 2018

Driven by solid performances in construction, tourism and financial services, the Cayman Islands’ economy recorded strong growth in 2018, with the estimated Gross Domestic Product (GDP) rising by 3.3 percent. This was the highlight of The Cayman Islands’ Annual Economic Report 2018 released by the Economics and Statistics Office.

The 2018 GDP growth represents the highest growth rate since 2007 and occurred amidst increased demand for the Islands’ key services, particularly, from the US where growth strengthened to 2.9 percent relative to 2.2 percent in 2017.

The Islands’ economic growth in 2018 was broad-based as all sectors expanded. The construction sector had the highest estimated growth of 8.3 percent due to a number of private and public sector projects. The other top four industries with the highest estimated growth rates were hotels and restaurants (5.1%); wholesale and retail (6.9%); business activities mainly legal and accounting services (4.4%); and producers of government services  (4.0%)