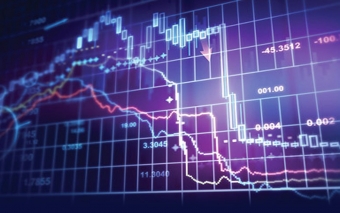 Today, the Cayman Islands join the global statistical community in celebrating World Statistics Day, October 20th. It is a day that calls our attention to the pervasive role of official statistics globally in helping individuals, governments, businesses and societies at large in making informed decisions that impact the lives of peoples across communities, nations and generations.

The global theme for this year's Statistics Day is "Better Data, Better Lives."

In Cayman, I seek to highlight anew the key role of official statistics not for their own sake, but for the end goal of achieving better lives for the people affected by the multitude of decisions taken in many sectors locally and internationally.

Firstly, official statistics provide the simplest and most apolitical way of knowing our collective life as a community. As of September of this year, the Business Register of the Economics and Statistics Office indicates that there are 4,547 private and public entities conducting their business in the Cayman Islands. In the first six months of this year, these entities, altogether, directly impacted the lives of 37,900 individuals in this country alone, by providing them with employment and benefits. Overall, the goods and services delivered by these employees supported the everyday living of 59,054 persons in our jurisdiction, as well as enriched the visitor experience of approximately 1.1 million tourists.

Secondly, official statistics assist in coordinating our decisions efficiently as an economy.

The afore-mentioned snapshot calls attention to the enormity ofsocio-economic relationships and transactions in our community that can be impacted by decision-makers in the public and private sectors. Notwithstanding the reservation of some, these need to be tracked and reported on. Otherwise, our uninformed decisions can easily lead to losses, rather than gains.

Unlike some economies where employment and production decisions are made by a central authority, our economy, as we all know, is highly decentralized and employers and employees make their own individual decisions on the type of industries or occupation they will engage in. Official statistics assist in this decision-making process by providing all parties with a common set of indicators.

In evaluating the viability of a project proposal, for instance, a borrowing entrepreneur and a bank or funding agency are served well when they use an objective measure of market size, such as the gross domestic product (GDP), the total population or total households. Otherwise, it would be a costly exercise for multiple parties to undertake this task separately, and then hire third parties to reconcile their separate findings.

Thirdly, official statistics level the playing field for all decisionmakers as these are produced and disseminated as public goods by the government as an objective third party. Multiple agents are then able to make agreements using consistent information regardless of the type or size of economic transactions, and the economic standing of the involved parties.

Poor and rich individuals, small and large businesses alike are served by the same set of official statistics when confronted with important issues such as to what extent should pensions or salaries can be increased, or how much electricity rates should be adjusted.

Parents and children too, can be guided in deciding on the educational attainment and occupation that gives greater opportunities for employment.

Beyond our shores, international credit agencies are assisted in properly evaluating Cayman's financial strength by our official statistics on GDP and Balance of Payments (BOP), to name just a few. The ability of private businesses and the government to access relatively inexpensive sources of funds compared to other jurisdictions rests in no small part on these official data.

Finally, official statistics facilitate good governance by measuring and reporting on the overall fiscal performance of governments on one end, and the socio-economic conditions of various sectors impacted directly or indirectly by government policies on the other end. Statistics such as government debt-to-GDP and debt service-to-GDP ratios reported on a regular basis allow taxpayers and government alike to judge whether prudent fiscal management is being practiced.

Better Data by All

By highlighting these roles, I hope to motivate the community to actively contribute to the improvement of official statistics in the Cayman Islands. I have certainly made this one of my priorities as the Minister responsible for the development of official economic statistics.

Official statistics are public goods and better data requires resources. In 2014, a budget was provided to modernize the technology for the Labour Force Survey (LFS), as well as its conduct twice a year.

The Household Budget Survey 2015 was launched in January and is expected to end in December; this seeks to update the consumer price index (CPI) basket of goods and services which is used as the official basis for estimating the inflation rate that is in turn widely used for salaries and pensions review, and other similar rate adjustment exercises.

In the next two years, the ESO will implement new survey instruments that pave the way for developing the proper tool to measure the multi-sector economic impact of private and public spending.

In all these initiatives, the contribution of households and businesses as sources of data cannot be emphasized enough. I am pleased to note that households in Cayman have been responding extremely well to the surveys, generating a response rate that is considered one of the highest in the region. However, although it has gradually improved over the years, the response rate for the business surveys falls short of the household surveys.

I fully recognize the issue of confidentiality that has been raised by the business sector and I am pleased to confirm that the current confidentiality accorded to all survey data in the Statistics Law (2011 Revision) conforms with best practice internationally and builds confidence in the statistical system. Survey data collected under the same Law are exempt from Freedom of Information (FOI) requests.

In conclusion, on behalf of my Ministry and the Government, I wish to extend our sincere gratitude to all members of the community who willingly participated in the various surveys conducted. Without your accurate information, any effort to upgrade official statistics will be an exercise in futility.

Thank you, and may God continue to bless the Cayman Islands as we celebrate World Statistics Day.