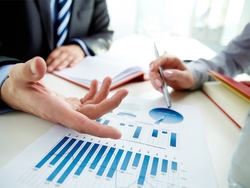 The average inflation rate in 2012 was recorded at 1.2 percent. This is based on the results of the four quarterly Consumer Price Index surveys produced by ESO last year.

⫿Underlying the modest increase were upward changes in most divisions of the CPI basket,??? noted the Hon. Premier and Minister of Finance, Mrs. Juliana O’Connor-Connolly.

Among the CPI divisions with the highest price movements were clothing and footwear (up by 6.6%), food and non-alcoholic beverages (up by 4.2%), and alcohol and tobacco (up by 3.8%).

For the fourth quarter alone, the CPI rose by 2.1 percent compared to the same quarter in 2011. This increase is traced to nine divisions led by alcohol and tobacco (13.7%), clothing and footwear (8.3%), miscellaneous goods and services (4.4%), and food and non-alcoholic beverages (3.7%). A sharp increase (50.6%) was noted for the tobacco price index alone resulting from a higher duty effective September 2012.